My Most Popular Post - The Rest Of The Story

To me, one of the most enjoyable parts of blogging is hitting the publish button and waiting to see how well a particular post is received (or in many cases, not received).  I've been surprised many times by how little interest a post that I spent hours writing receives versus one that I merely pounded out in a few minutes. Such was the case with this post, which from the time I published it a year ago, remains my most popular post.  And rightly so, as their story is truly a testament to faith, patience, and hope.

But there is a little more to this story that I did not share in that original post.   And now that it has been one year since their little girl entered our world and blessed their lives, I felt like maybe it was time I tell the rest.

A year ago, just before Lent started, Tom and I were facing the pending relocation of our family from Missouri to Kentucky.  And although I was excited about the prospect of moving back to my home state and simplifying our lives in a small town, I had a heavy heart.  Not only did the end of Lent last year mean that we would be living in a new place with a new life, it also meant that our adoption home study would be expiring after one year of waiting to adopt again. We had postponed our relocation during that one year, for the sole purpose of hoping to be matched in an adoption, but when it didn't happen, we knew that we had to move on with our life and, if necessary, start trying to adopt all over again in our new state.

The thought of starting over with the home study process and waiting even longer made me feel very depressed. I had been so certain that God wanted us to add another child to our family after we lost our baby Karol in February 2012. Then, in March 2013, we were only a few days past losing our most recent baby, Isaac Anne, when we signed the paperwork finalizing our adoption home study. I took the loss of these two pregnancies as a sign that God wanted us to become parents again through adoption, and we felt more than ready to add another child to our family.  So, you can imagine how I felt when March of 2014 came around, and we still had not been chosen for an adoption.  Add to that the prospect of starting all over with a new agency and home study in another state, and I felt not only depressed, but also desperate.

And so it was, out of this desperation, that I asked Tom if he would start a 54-day rosary novena with me, and he agreed. I planned it to start on a Sunday, February 2nd, and we would continue it through most of Lent, ending on March 27, just a week before we moved to Kentucky, and more importantly, just a few days before our home study expired at the end of that month.  The timing seemed perfect, and I was convinced that Jesus, through his Blessed Mother, would hear me this time around. Having read so many testimonies from others about miraculous events connected to this powerful novena, I just knew with certainty in my heart that a miracle would be the result of our devoted efforts. "We really need this to happen before the end of March," was my plea to Him, and I spent the first 27 days of the novena begging Him to bless us with another child through adoption.

After the first half of the novena was completed, however, according to the custom, I turned my prayer from petition to thanksgiving.  This was much more difficult and seemed to go against my whole purpose of saying the novena at all. Obviously, my intent all along had been to receive, not give. But each night, as Tom and I held hands and took turns saying a decade, I tried to reflect on how much I'd already been given. And in doing so, I began to feel like maybe I was asking for too much. My thoughts began to turn towards those who would give anything to have but a fraction of what I had already received. I thought of all the women who longed to have just one child; I had been one of them for so long, and now here I was, asking for a third.  It began to feel selfish and audacious to be making such a request.

So, I began to pray for couples who had been waiting longer than us, and my thoughts kept coming back to this couple, with whom we had been friends for years. They had been waiting much longer than us for just one child. I frankly wasn't sure how I could face them if my prayer for another successful adoption were answered in the time that they were still waiting for their one. And so, with each day that passed during those final three weeks of the novena, my prayers were ended with "and if not us, then maybe them."

The novena ended. After 54 consecutive days of prayer, nothing had changed. Our home study expired. We would be leaving Missouri without a new baby. We loaded the truck, and moved our lives 500 miles east.  A new life awaited us and in the chaos of the unpacking and settling over the next few weeks, my thoughts of the novena quickly faded away.  It had been worth a try, but once again, my certainty in God's answer had been proven unfounded.  I really felt very foolish for believing that simply saying a series of rosaries would change anything.

But God knows me well.  And because He knows my faith is so weak, He lets me find Him in those little things like rainbows and clouds.  He lets me find hope in a novena that is attributed to miracles.  He sends us messages through His mother in rocky grottos and open pastures.  He even occasionally gives us miracles that we do not deserve.  He does all of this simply to remind us that He is real. Because even though trust is all He asks, He knows that reassurance is what we often need.

A few days ago, I went to a birthday party that reminded me of all of this.  It was for this little girl who was born one year ago. 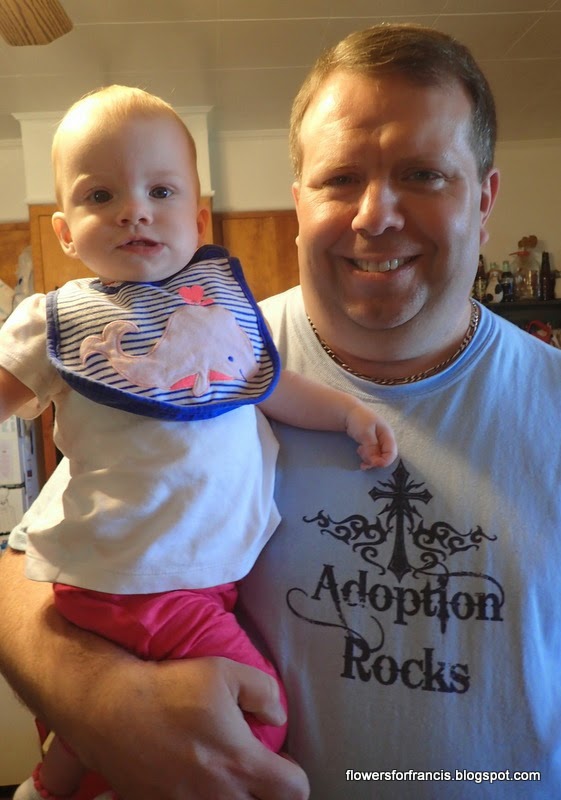 She is the reflection of years of prayer and trust on behalf of her parents.  And, I like to think, she is the reflection of a 54-day novena that did not give me the answer that I wanted, but instead, gave me the answer I needed.  For it was three days after my novena ended last year that she was born, and life for her and her parents began anew. And every time I see them all together, I am reminded that sometimes God hears our prayers for others better than He hears our prayers for ourselves, which is maybe the way it should be. 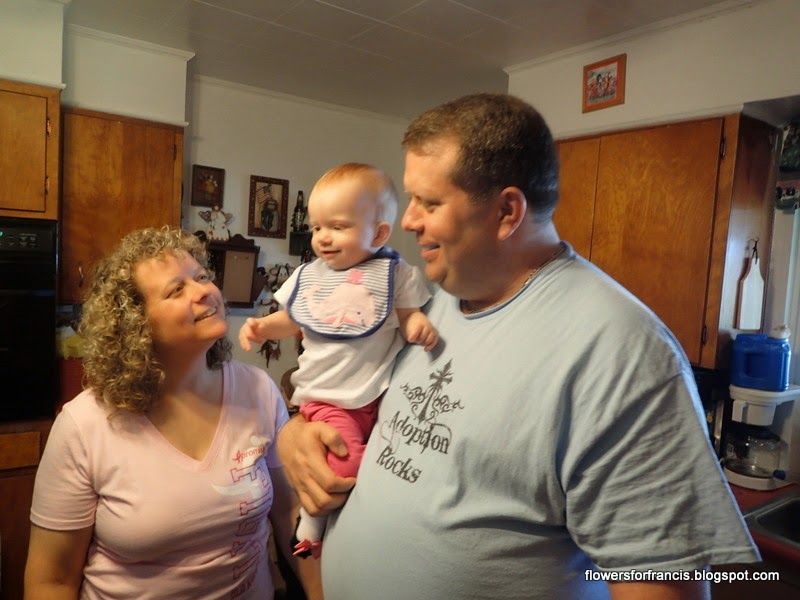