Can you believe Lent is almost over?  So, how’s it going?


I admit, I have fallen off the wagon some.  For example, I was going to start saying the Angelus with the kids every day at lunch, but that hasn’t happened yet. Lunch time in my house might not be the best time for this new devotion and by the afternoon, the boys are outside and going off in different directions. And then there are the times I tried to say the rosary but kept falling asleep.  Bedtime is probably not the best time for me to say a rosary. I seem to have a timing issue when it comes to these two devotions.


Thankfully, a few things have been going well.  I have been getting up an extra 30 minutes earlier during Lent, and it has made a huge difference in how well my day goes.  Just that bit of extra time gives me a much-needed head start on the day.  It also gives me 10 to 15 minutes to read a chapter from this book.  I highly recommend it to anyone going through suffering or just wanting to walk with Jesus through his Passion.  If you have seen the movie, “The Passion of the Christ”, it is very similar to the narrative given in this book.  It is graphic but not overly so (I have been reading it aloud to my 7-year-old).  It just really makes me FEEL what Jesus went through, and my heart breaks with each chapter. 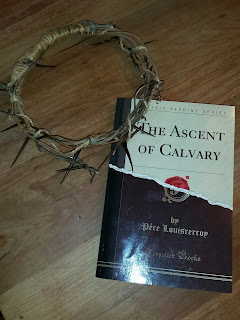 I have given up added sugar (mostly) during Lent and the first two weeks of that were rough!  Now, however, the sugar cravings are finally gone, and I feel so much better.  I never indulged in a lot of desserts but eating chocolate candies was one of my downfalls before Lent.  For reasons I hope to blog about later, most of my family has also gone gluten and dairy free (including me) and that has been a serious penance for me and them.  Transitioning to this new dietary lifestyle has been a big challenge (and huge stressor as I learn new habits and recipes) but I am optimistic that the effort will be worth it in the end.


The boys are doing great with their sacrifices this Lent. They enthusiastically mark off each day on our Lenten calendar.  We established a “bean jar” and they put a bean in it each time they do something good for someone or do something without being asked.  They know that come Easter, the beans turn into jellybeans or candy, so that is great motivation! They also have given up screen time except for one hour a day, during which they want to watch “The Pioneer Woman”.  They have fallen in love with this show (and her, I think) and they like to point out to me how much butter and sugar she uses.  LOL! Joah also has decided he wants to live on a ranch. 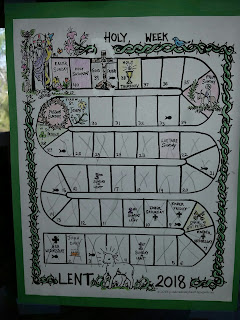 My husband decided during Lent to work on our marriage and we have been trying to take more time for ourselves.  A big change has been turning off our phones and screens for at least 30 minutes to an hour after the kids all go to bed and just talking to each other.  That has been much needed.  We also are scheduling “dates” with each other and putting them on our calendar just as we would a doctor’s appointment or other event.  It gives us both something to look forward to on those long days when it feels like we barely see or talk to each other.


This past week, we celebrated Joah’s baptismal anniversary.  He looks forward to this almost as much as his birthday.  For his special day, he requested pancakes for supper (his favorite meal) and a trip to the guitar store with his dad (his dad is teaching him to play guitar now). I also took the boys out to ride their bikes down some dirt trails.  I can’t believe how brave they are on the bikes!  They were ripping down the hills and loving it.  I think mountain biking may be in their future. 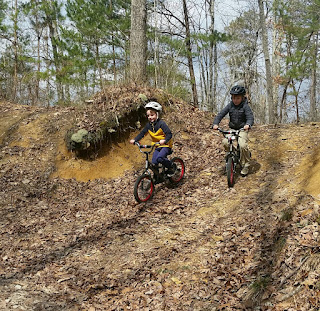 For Joah’s baptismal anniversary, however, the best gift came unexpectedly.  After 7 years, we received a loving note from his birthmother.  For those of you who have adopted, you know how huge this is.  We had not heard from her since Joah’s birth and did not know if we ever would, but we never stopped praying for her.  Turns out, God was slowly working a miracle during those years and every prayer was heard.  It just had to happen in God’s time, a lesson that I seem to keep learning over and over and over.  Praise, Jesus!  I have been enjoying this new relationship with his birthmother so much, sending her photos and trying to get her caught up on the past 7 years of his life.  It is such a wonderful thing to be in an open adoption relationship, and my family (and hers) grew by leaps and bounds during this past week, all of us held together by the shared love of one very special little boy. 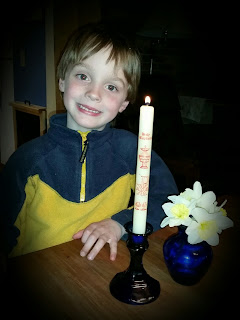 And that all got me to thinking (again) about how God works.  I am reminded again and again that God hears every prayer. Even the ones when I am barely awake.  Even when my timing is off. Even when my prayer never gets past my good intentions. Even then, he hears me.  He hears my prayers before I even say them.  And in witnessing this seven- year miracle, I am reminded that it is Easter and not Lent for which I live.