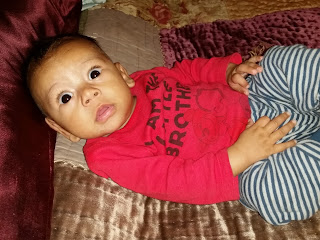 For the first time in what feels like months, I find myself sitting in a quiet house with only the cooing of little Dominic to keep me distracted. His belly is full and he has (finally) decided to sit in his bouncy seat for more than a few seconds. Normally, he prefers I wear him in a baby carrier but now that he is three months old, I am trying to coax him towards a little more independence. He is unsure about being emancipated from the Moby wrap at the moment, and his dark brown eyes are tugging at my heart as he whittles away at my willpower and anxiously waits for me to release him from his shackles.

The rest of the family is off to find a Christmas tree.  Having learned from experience that tree lots do not always provide trees up until Christmas Eve, we’ve tried to be proactive this year and get one while there are still a few trees on the lot to choose from. If we are so lucky, we’ll stash the tree in the garage in a pail of water until just a day or two before Christmas, so as not to interrupt Advent more than necessary. 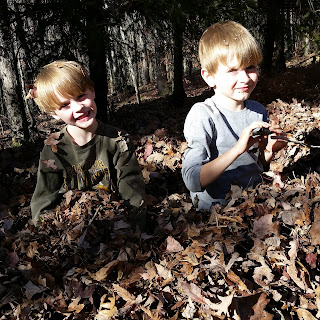 Yesterday was our coldest day of the season thus far, but today began even colder. My morning run was brutal, at least by southeast Kentucky standards, and I labored to breathe twenty-degree air. Still, I’ll take that over the wildfire smoke that dominated the morning air here during the previous two months. Raking up the leaves around our cedar-siding home took on a sense of urgency this year, and as we watched the images of wildfires being fought by our Tennessee neighbors, we knew that we could be next. But then the rains came just after Thanksgiving, as they always do, and in just a few days, the long fire season that started before summer even ended was over. The air cleared and the leaves fell. Despite what the calendar may have said, autumn was over. 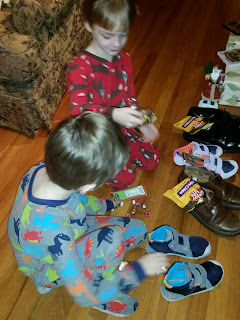 And now we sit next to the woodstove, counting down the days ‘til Christmas. St. Nicholas made his arrival here this week, and left two little boys new shoes and too much chocolate. After-supper prayers before the Advent wreath are becoming our new ritual and by the time Christmas is here, will finally be a habit, only to be put away again until next year.  Perhaps next year, the boys will take as much pleasure out of listening to the prayers they now do blowing out the candles, but I doubt it. 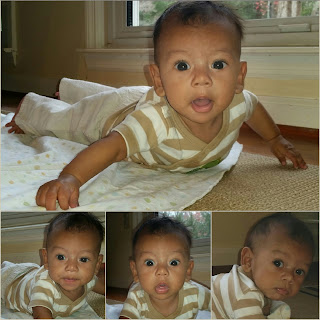 Dominic, of course, is our joy this season. Every moment with him makes our hearts fill with gratitude.  “Waiting for a baby” is the Advent theme that we lived every day for years. Now, to no longer be waiting for another baby, feels like a foreign state-of-mind. On many days, my life feels like it should belong to somebody else.  A mother of three children? Unfathomable ten years ago. And yet, here I am. Being their mother is my greatest testament to what it means to wait. The possible that came from the impossible. 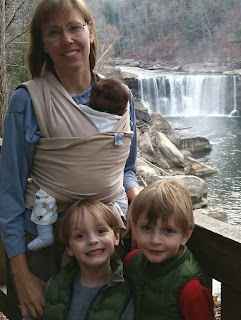 Yesterday, we heard through the grapevine that a couple we know who has been childless and waiting to adopt for many, many years was unexpectedly placed with a baby through adoption. We met this couple nearly three years ago, and at that time, they’d already been waiting to adopt for well over a year. This past summer, they were matched with a newborn but the birthmother chose to parent and their hearts were again shattered. Now, this year, their Advent is truly about an Arrival. Their lives from this point forward will look nothing like their past. Had they given up on the wait, they would have missed the Arrival.

And I suppose that is the real point of Advent. The Advent season is about waiting and preparing, yes, but more than that, it’s about having faith in the Arrival. That regardless of what shape or form or end our waiting takes, it does always, eventually, inevitably, come to an end. And when it does, regardless of whether our dream has come true or not, we can at least count on the arrival of something new. A new beginning.  An Advent to the rest of our life. And if we have trusted in God’s providence and timing, it very well could be a life worth waiting for, even if it is not the one we thought we'd ever have. 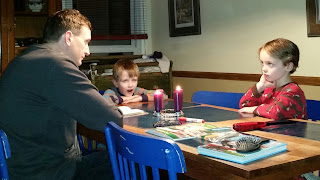