What Will I Tell My Dark-Skinned Son? 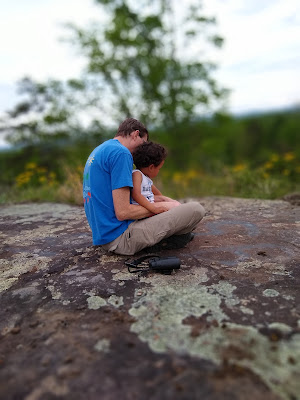 I made the mistake last night of catching up on the weekly news before bedtime. With my husband and two of my kids gone on an overnight trip with their cousins, I was having difficulty falling asleep, so l dove into the headlines.  And there it was, another tragic story about a white cop and a black suspect.  I read the story and it all seems plausible and just so terrible. The suspect is dead, the cop has been fired, and questions are being asked. Was this racism, or something else? I try not to take sides.  I have family members who are second-generation law enforcement.  I want to show them and all law enforcement the respect they deserve, just as I respect those who serve in our military and government and who work tirelessly for justice so that we may live in peace.  Our freedoms would evaporate without them on the frontlines.

But I also have family members who are dark-skinned, one of whom is my son.  He slept next to me last night as I read about the rioting, the anger, the vengeance, and the lack of compassion on both sides of the issue. These injustices seem to be occurring over and over in our country, particularly for young men of color. How do I prepare my son for a society like this?

I am white, but I did not come only from white people.  I came from ancestral origins partly known, partly unknown.  My father remembers his great aunt, who was the sister of his grandfather.  He tells me about how she was regarded as a black woman because her skin was so dark, which was the physical reflection of her Native American ancestry. I remember my grandmother refusing to wear short sleeves on hot summer days for fear of tanning, and she encouraged me to do the same.  She told me the stories about the murder attempts made upon her father, her grandfather, and her uncle, all of whom were considered second-class citizens by a community that knew well their ancestry.  But that was a hundred years ago now, and we’ve moved beyond that kind of racism in our country.  Or so we think.

Four generations removed now, I have light skin. As a result, I have never been the victim of racism and so I do not know what that feels like. However, I am a woman in a male-dominated career field, a Catholic in the Bible Belt, and the parent of special needs kids in a trans-racial family, so I do know what prejudice feels like.  And years ago, when I was discerning whether or not I should parent a child of another race, it was many of those experiences that came to mind and convinced me that I could do the job.  Although he and I do not share the same ethnicity, he and I can share what it feels like to be unfairly judged and marginalized, and as painful as some of my own experiences have been, I realize now that going through them was God’s way of preparing me for being his mother. Or so, I hope.

What I will tell my son is that prejudices can seep into us when we do not even realize it, beginning at birth and continuing throughout our life. By nature, we notice differences in the world around us, and particularly in the people around us. This is how we learn and it is a good thing to recognize those differences. Our diversity in thought, experiences, shape and form, among other things, makes humankind in general stronger and more resilient, and our survival as a species depends upon such diversity. The pandemic we are currently in will not be the end, not by a long shot, of humankind, and that is only because of our physiological diversity.  My children know the biological reason for variations in skin tone and we leave it at that.  But not all children are given such simple, scientific explanations for our differences, and so they are too often left to figure things out for themselves, creating fertile ground for the seeds of prejudice to be planted by well-meaning individuals filled with misunderstandings.

I will tell my son that racism is subtle and well-hidden.  The sweet little old lady in the church pew. The friendly neighbor next door.  The doting grandmother.  The chummy co-worker.  The friend who preaches “inclusiveness” and “tolerance” on social media.  These and others very well may carry within themselves racist or sexist persuasions that they will disclose only within their closest circles.  I will encourage him to ask God to reveal these people to him, and I believe that as he matures, he will develop that “sixth sense” that clues him in to such people, a sense very familiar to those who are part of a minority segment of society.

I will remind him that racism goes both ways, and that he must be mindful of any tendencies he may have to show bias toward others.  Shortly after we adopted him, we introduced him to our Hispanic friends. I recall them passing him around, loving on him and snuggling him, and one commenting that they wanted to take him home.  Jokingly, we replied that they could do so if they brought him back, to which they replied somewhat seriously that no, he should not come back to us. It gave me pause.  Did they feel sorry for our son, to be adopted into a white family? Was this a thinly disguised comment intended to express a deeper feeling that only they could raise him properly because they all shared the same ethnicity?  The preference our Hispanic friends show towards our Hispanic son compared to how they treat our non-Hispanic sons, is obvious.  It doesn’t upset me, but it is racist.  However, I recognize it for what it is.  There is no ill-will in their hearts, yet, having been the recipients of prejudice that I can only imagine, I know they must feel somewhat protective and concerned about my son. It is human nature to be drawn to those most like ourselves, and I am grateful that my son has these friends who share his ethnicity in his life.

My son is only three, but he has already been the victim of prejudice and racist attitudes due to his dark skin.  From the moment we brought him home, we have faced the stares, the comments about his “beautiful skin”, the desire of people to run their hands through his hair, the questions about his ethnicity, the subtle biases shown by some family members who don’t give him quite the same kind of attention afforded to his brothers.  As his mother, I hate it, but I also try to understand it.  We can’t let racism anger us.  It is an injustice, for sure, but like poverty, it will always be part of the human condition.  Over my life, I have experienced many grave injustices due to my gender, my religion, my cultural background, my values.  Most of us have.  My sons will, as well.  I pray that it does not turn them into angry, bitter men, but rather, makes them even more sensitive to those who are also victims of such. I pray that they will become bridge-builders, and witnesses to life and fighters for true justice. But most of all, I pray that if I, as their mother, must mourn their loss due to an injustice grounded in prejudice, that I will rise above a desire for vengeance and instead, imitate the Blessed Mother when she cradled her own cherished son who was killed for the same reasons. And in the nights to come, when darkness draws near and I cannot go to sleep, rather than catching up on the news, I think I will talk to her, instead.

“Lord, send forth your spirit, and renew the face of the earth. “
Psalm 104