Linking up with Stephanie at Blessed to Be.  Thanks, Stephanie!

--one--
Lots to be happy about around here on this October 13.   This is one of the most significant days of the year for us, because thirteen years ago today, Tom and I did this... 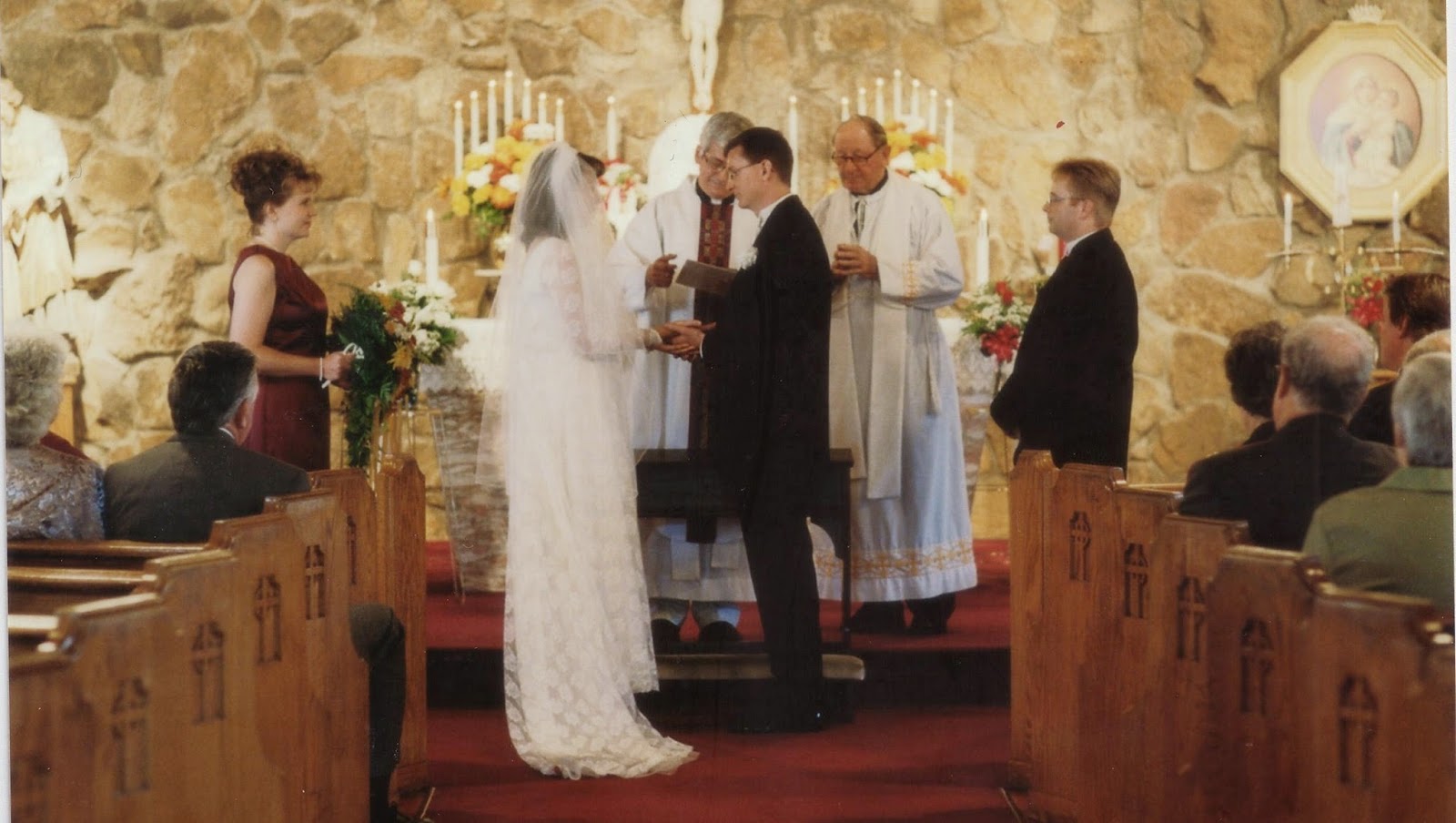 ...and as they say, the rest is history.

"Thirteen" has always been a lucky number for us.   Without any forethought to what day it was, Tom popped The Question to me thirteen years ago, on April 13.  Six months to the day, we got married, partly because we didn't want to wait a day longer than the diocese asked us to (hee hee) and partly because of the day's connection to Our Lady of Fatima.  The Blessed Mother always has my back, it seems, so it just felt right that October 13 would be the day .  Not to mention, four years previously, I had spent October 13 with a group of pilgrims at Our Lady of Lourdes grotto in France, where I asked the Blessed Mother to help me find a good man to marry someday.  So, thank you, Our Lady of Fatima and Lourdes.   You found me a good one!

Today is also the thirteenth birthday for our little dog, Sage (or is it 91 dog years?).   We found Sage abandoned along a woods road in February 2002.   She was such a frightened little puppy and I knew as soon as we saw her that Tom was in love.  She looked like a little black lab puppy and he had been talking about wanting to get a lab so I knew I was doomed.  I did not want a lab because they are big dogs.  I wanted a smaller dog.  But this little puppy went home with us that day and has been with us ever since.   I could write an entire blog post about her, but will just say that when she is gone, I know we will never have a dog as great as she is.  She has truly been a gift to us through  these years of marriage, and especially, during our years of childlessness.   When we found her, the vet said she was about four months old, so we decided to use our anniversary date as her birth date, too.   So happy birthday, Sage!   Oh, and I should probably add that she never did top out at more than 40 pounds.


--three--
Along with the celebration that comes with our anniversary, Tom and I also now remember this day as the day we lost our first baby, Francis Gabriel.   Sometimes infertility can feel like a very cruel joke.   It took us almost four years of trying before we conceived Francis Gabriel, and so you can imagine the joy and elation we felt when we learned that we were expecting. However, a few weeks later, our little Francis went to heaven.  We were going to tell everyone we were expecting on our anniversary that year, but instead, I was in the pains of miscarriage and we were alone with very broken hearts.  It was an anniversary we will never forget and I have asked God many times, why then?  Why on our anniversary?  It truly felt like we were being mocked.   Eight years later now, I realize that this was a turning point for me, and for our marriage.  It got harder after that, but our marriage today is also stronger because of that.   So yeah, it makes every anniversary bittersweet now, but Tom and I share this bitter-sweetness together, and I suppose that is what marriage is really all about.  You can't go through stuff like that without it either tearing you apart or bringing you closer together.  I praise God that for us, it was the latter. Definitely God's grace at work.   So, while on the surface, this may not seem like something to be happy about, considering we have our own little intercessor in heaven now, whose prayers no doubt have strengthened our marriage, it really is a Little Happy.   And to mark the occasion, I made some cupcakes with the best frosting ever and we all sang Happy Birthday to Francis on Sunday evening.   It makes me happy to know that our boys will grow up with the knowledge that they have siblings waiting for them in heaven. 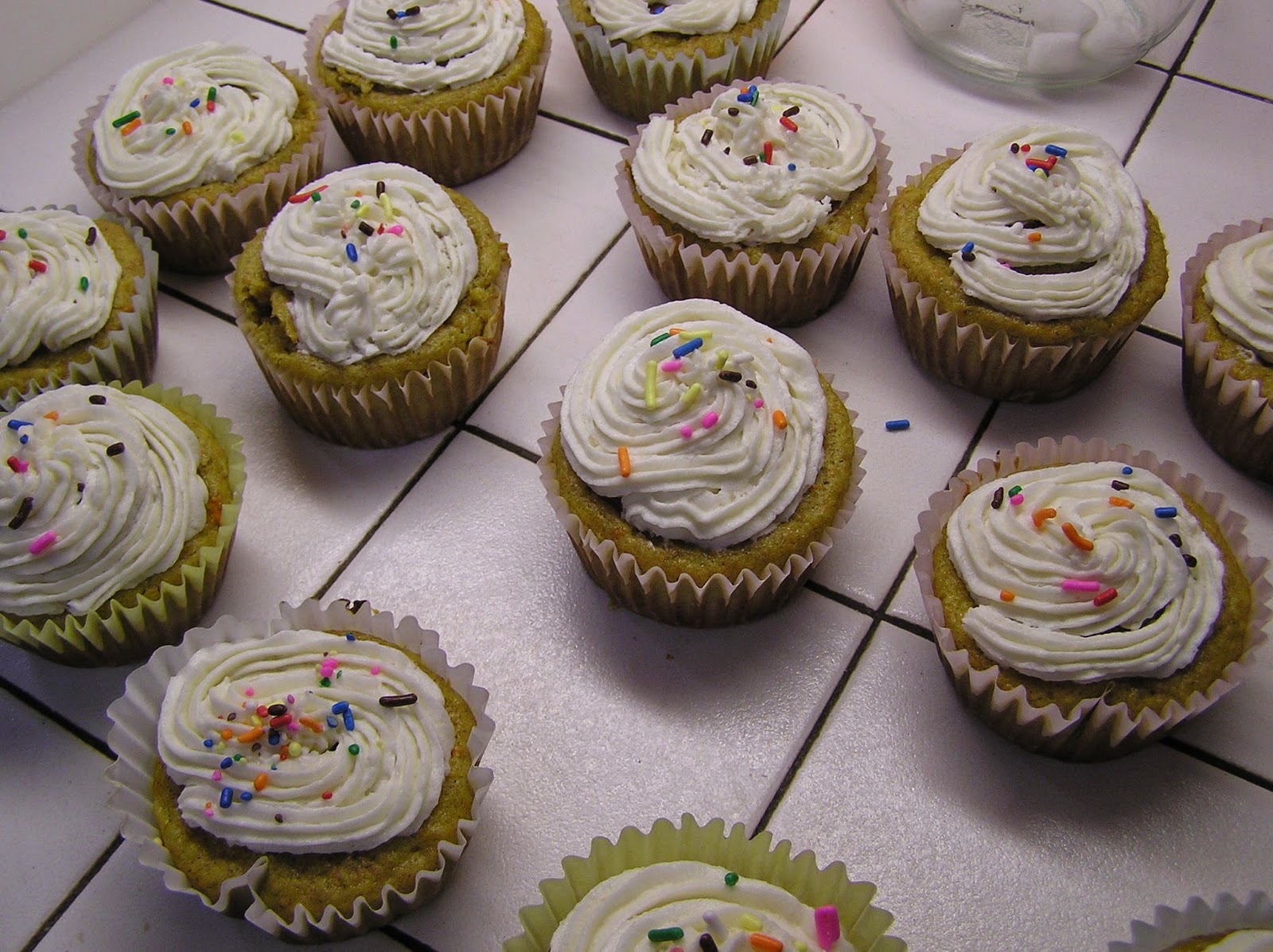 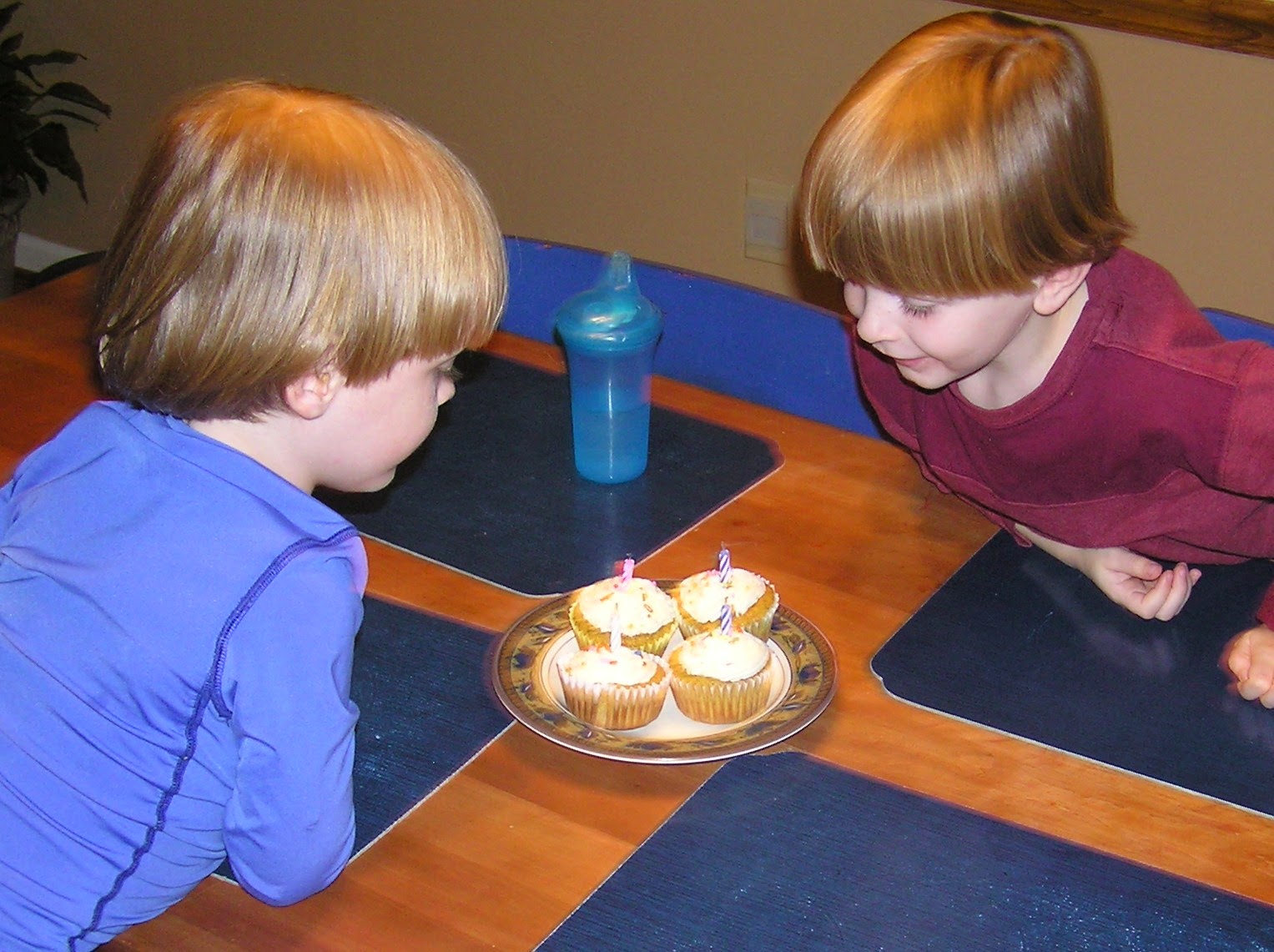 --four--
I will end this with one more anniversary we are celebrating.   This past weekend, our parish celebrated its fortieth anniversary.   That's pretty remarkable, considering it's in the middle-of-no-where, in the hills of Kentucky. Our chapel is in a renovated gas station and we have about 40 families.  On an average Sunday, we generally have about 30 people at Mass which makes it feel a lot like family.  We're a mission church, and during an age when missions are being closed around the country, we're pretty thrilled to still be around.  I pray we can make it another 40 years, and even more, that we do as good a job spreading the faith as we have done building houses and providing physical care to those around us.   There is still so much work to do here but our future looks promising, especially if God keeps sending us holy priests.  And speaking of our priest, he is slowly recovering and took his first steps a couple of weeks ago, so thank you to all who are praying for him.