The Lent of My Life - My Infertility Story (Chapter 4) 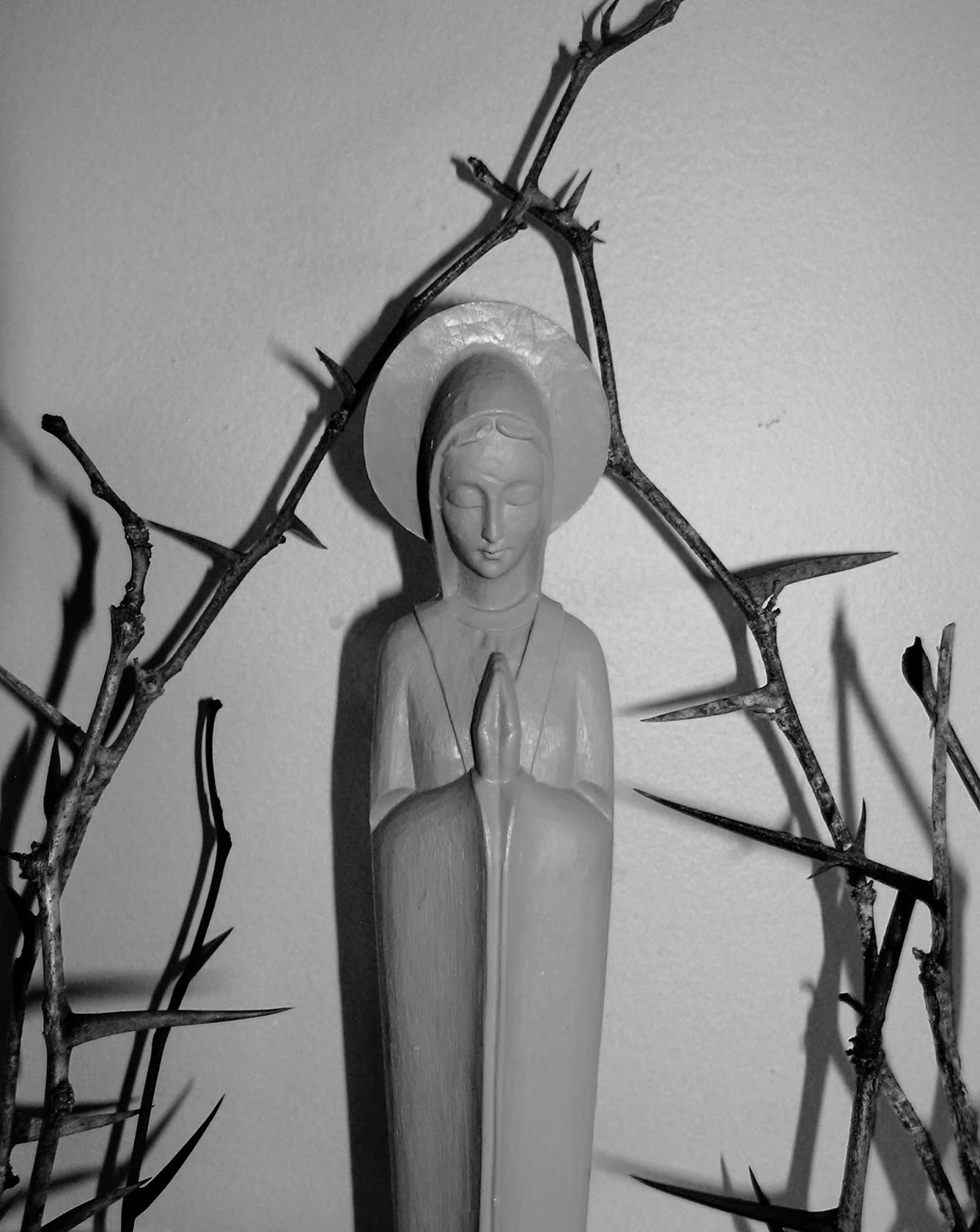 Tom and I have been through a lot of ups and downs in our marriage but probably nothing has challenged our relationship with each other, with our families, and with God more than our struggle with infertility and miscarriages.   So, I wanted to share our story with others who may be facing this same struggle.    I am posting a chapter each Wednesday during Lent and will post the conclusion on Good Friday.  Maybe it can give someone a little hope.   If you missed Chapters 1,2 and 3, you can read them here, here and here.

Before I conceived Francis, I thought I had been through the darkest part of my life, but those days after the loss of Francis proved me wrong.   I found myself facing all the stages of grief:  denial, anger, bargaining, depression, acceptance.   But it was the anger that really lasted.   I was angry at my body for not working the way it was supposed to work, angry at my family for treating my 6 week pregnancy as just a blip on their radar, angry at my doctor for referring to my baby as “pregnancy tissue” and not being more pro-active in trying to help me figure out my infertility, and I was angry at God because I hadn’t received the miracle we’d prayed for.  I hadn’t received the baby that I thought I deserved.

If one good thing came out of the loss of Francis, however, it was that the desire in me to be a mother was made even stronger.   From the moment I found out that I was pregnant, I had wanted Francis more than anything.   No longer did I see motherhood as something that I wanted to “balance” with my career.   No longer was “have a baby” just something on my lifetime “bucket list”.  Now, motherhood was all I really wanted and I knew it was a calling all its own.  Now, I truly realized how every moment of my child’s life, beginning with that moment of conception and the first heartbeats, was precious and a gift that I could lose at anytime.

While I had been pregnant with Francis, I had been a bit taken aback by the fact that my OB/GYN had never referred to Francis as anything more than “pregnancy tissue.” When we viewed the ultrasound, what we saw was simply referred to as a “gestational sac” but there was no reference made to what (or who) was inside it.    This really upset me, especially after I lost my baby, because too many people around me already were treating the miscarriage as if it had not been a real baby.   I didn’t want an OB/GYN who treated me the same way.   No longer was just having a “good doctor” with great credentials important…I realized I needed to find a good doctor who also recognized the unborn baby as just that, a baby…no matter how far along in gestational age the baby may be.

I also was determined to learn more about what my cause of infertility could be.   I was still having terrible cramping with every period and still suspected endometriosis.  Tom and I also weren’t entirely sure we were following our NFP method properly, since we had no guidance at the time from an NFP instructor and were mostly self-taught.   So, I searched online for more NFP resources and found the website for the Pope Paul VI Institute.   I read about the Creighton Model and how it was being used with Naprotechnology to help couples treat infertility and achieve pregnancy.   Tom and I had always insisted that we would not do anything that was not accepted by the Church and so I was excited to find that there were other options available to us as Catholics.  And the more I learned, the more I realized that these other options actually gave us more hope for achieving a successful pregnancy because they looked at treating infertility as a disease.

Tom and I now felt extremely blessed to be living in the Archdiocese of St. Louis.   Not only did we have access to multiple Creighton Model instructors, but we also had access to OB/GYNs who practiced Naprotechnology and were unashamedly pro-life doctors.   We started instructions with a Fertility Care Practitioner (FCP) and she referred us to a Naprotechnology doctor who became my new OB/GYN.    In just a few months after starting to practice the Creighton Model of NFP, I knew more about my fertility and body than I’d ever known.   Working with my FCP and new OB/GYN, it was determined that I had stage 3 endometriosis, low progesterone, and limited mucus during my fertile days.  All of these were likely major contributors to my infertility.    Still, my OB/GYN was extremely encouraging and optimistic and told me there were treatments available for all of these issues.  I underwent surgery to treat the endometriosis, and started taking medications to enhance my mucous cycle, boost ovulation, and balance my progesterone levels.

Tom and I were once again filled with hope.  We were convinced that we’d found the answers we’d needed and would be holding a baby within a year.