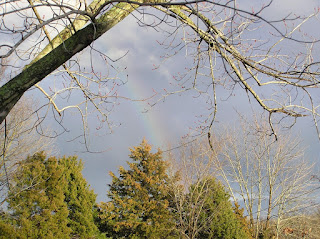 Sometimes, it is the mundane ordinariness of our lives that saves us.  I can’t imagine what I would have been like during the month that followed your fetal diagnosis of ventriculomegaly if I had not had my day-to-day obligations to keep me distracted.  I woke each morning during those next few weeks focused on the tasks at hand, and filled my days with staying busy at work and at home.  The nights, however, were long, and hours were spent saying countless prayers for you before I cried myself to sleep.  Your father and I were praying for a miracle, of course, but our expectations were low.  We knew the odds, and we knew that we no more deserved a miracle than anyone else.  The fact that I’d been carrying you inside of me for nearly seven months was already more miracle than we’d ever expected.

Four weeks after the initial diagnosis, we went back to the perinatal center for a follow-up ultrasound.  This time, the ultrasound was intended to tell us how advanced the ventriculomegaly might be so that we could begin making preliminary plans for your pending surgery and prognosis.  That morning, I worked from home on reports and file transfers and tried not to think of the news and decisions that we’d have to face later in the day.  No longer did I look forward to the doctor visits or sonograms.  Instead, each carried with it a sense of dread as I continued to wait for the other shoe to drop.

The day was June 14.  Your father and I said a rosary on our hour-long drive to the perinatal center, but otherwise, spoke very little. Our hearts were heavy and all we could do is just hold hands.  We walked into the now familiar sonography room and the process of scans by the technician was repeated again, only this time, with less small talk.  And again, she finished and left the room and the doctor returned.  He repeated the scan, again saying very little, then put his hands in his lap, took a deep breath and exclaimed, “The ventriculomegaly seems to have resolved.”   And then he smiled.

And that was it.   That was how we found out that we’d been blessed with not just one, but two, miracles.

And it was in that moment, more than any other, in which I began to truly understand that you did not belong only to your father and me, but to a much larger heavenly family as well. Your life and your destiny would be guided by all of us, and I was already little more than a witness to God’s grace and mercy as it was being revealed through you.

So, when my water unexpectedly broke eleven days later, at 32 weeks, on the Solemnity of the Nativity of St. John the Baptist, your namesake, I knew that it was no coincidence.  We had chosen your name, John, many months before, as a tribute to your father because he shares his birthday with this great saint’s feast, and also, as a way to honor the parents of St. John the Baptist, Elizabeth and Zechariah, who’d also longed for a child.  As I lay in that hospital bed in the labor and delivery room, listening to doctors and NICU nurses explain to me the procedures for preterm deliveries, I felt a strange calmness.  I knew that God was going to have the final say, as He had proven already.

And so He did.  After being informed that 90% of all preterm premature ruptures of membranes (PPROM) result in birth within 24 hours, you were still in-utero and growing 48-hours later.  And then, after being told that the risk of infection was great, and that I would most likely need to be induced within a few days of the PPROM, daily ultrasounds and an amniocentesis indicated that my amniotic fluid levels were gradually replenishing and that there were no signs of infection.  Every fetal stress test came back with the same result and nurses would exclaim, “In spite of everything, your baby seems to be doing great!” and they did little to hide the genuine amazement in their voice.  Two weeks after my water had broken, your father and I went back home.  You had beaten the odds again and once again, we had witnessed another miracle in your life.

But our trials were far from over. A few days after going home, we learned that a potentially serious bacterium, Clostridium bifermentans, had been found growing in the culture from my amniocentesis.  My doctor said he had never seen such a thing and his concerns were beyond serious.  Such dangerous bacteria in-utero, he told us, could have a devastating effect upon both your and my health, and he urgently encouraged me to undergo a second amniocentesis immediately, which I did. Three more sleepless nights passed, filled with prayers for you, as we waited for the results. All was good, we learned a few days later; for reasons unknown, the Clostridium was gone.

And so, despite all odds, the pregnancy continued, and I anxiously awaited the ninth month.  Only, it did not turn out to be nine months, because two weeks after returning home, my water broke again, this time, at 36-weeks.  And this time, my doctor decided that enough was enough, and that all miracles aside, it was time to introduce you to the world before all our luck finally ran out.  I did not argue.  After so many tests of faith and months of fear and anxiety, I wanted more than anything to see you and touch you and know that you were real. I wanted to hold you in my arms and feel like I could protect you from anything else that may cause you harm, even if, in my heart, I knew that I really couldn’t.  But more than that, I wanted the uncertainty that had come the moment I learned of your existence, and that had haunted me every day since, to come to an end.

The months that I carried you inside me were the time during which God taught me my greatest lessons in parenting. From the moment I conceived you, I’d had so little control over your life and your destiny. Through every trial and moment of great jeopardy, I’d had no choice but to trust God completely with your life. When we were faced with having a child with ventriculomegaly, I learned that I would have to be willing to love you and care for you regardless of whatever shape or form your life may take. When doctors and nurses assured me that you would be born within a few hours and it turned out to be a few weeks, I learned that even when I and others believe that your life might go in a particular direction, none of us would necessarily be able to predict the final outcome.  But most of all, during all those times when I expected the worst and was sure that I was losing you, I learned to cherish having you with me in that moment, and to be willing to trust God with your future. These were lessons I needed to learn in order to be your mother, and the lessons that molded me into the kind of mother that I am today.

Some might say you are a gift but you are more than that.
You are God's treasure (Deut. 7:6). 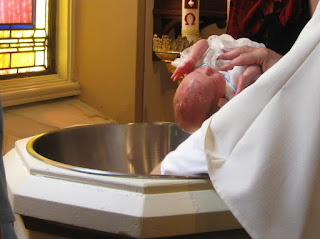